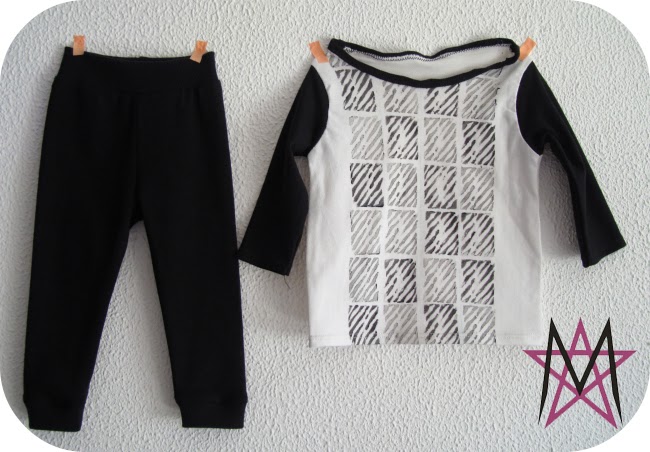 But today's look, does not only fit my KCW plans, it also fits the 3rd week challenge of Project Run & Play, which is "Design your fabric". I took care of that part yesterday... I used a potato and fabric ink to print a piece of a white t-shirt. I've cut a potato an dused one of the halfs to crave my design. Then I used a ruler to make straight lines so I could print between them. I first painted the potato and just pressed into the fabric. Allowed it to dry and ironed to set the ink to the fabric. 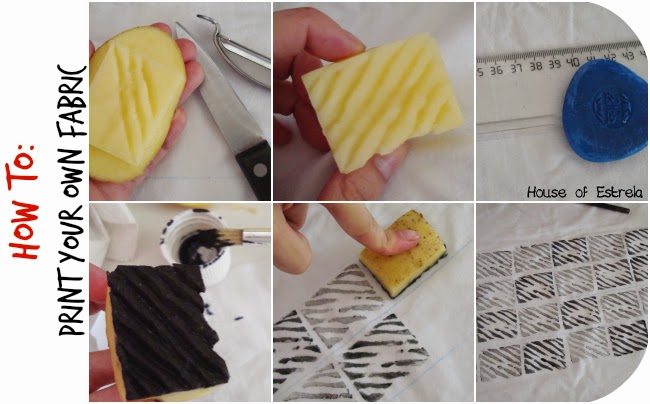 Today my fabric was ready to be used. Actually, by yesterday's evening it was dry already, so I was able to cut and prepare the patterns I wanted to use, and cut the fabric pieces too. I picked Sewing Mama RaeAnna's Cupcake Top pattern for the top and the Fancy Pants Leggings pattern, by Titchy Threads for the bottom. I was a pattern tester for both, I did two Cupcake tops so far, and it's only the second time I use the Fancy pants. 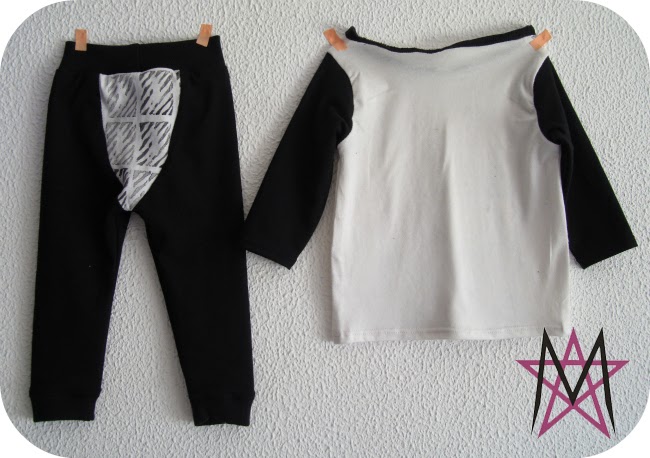 Starting with the top, I did the 6-9 M size. I've got enough clothes for the boy for the first months; clothes that came from big sister and are neutral, so most likely, I will only make smaller sizes if I really want him to have something special. I used the back of my own t-shirt for the front of this one, I couldn't save the front because it had a print on it. I thought I had some more white t-shirts to refashion in my stash but I didn't, so I stole one of my hubby's. I'm betting on how long he'll take to realise it... maybe never. I used scraps of black knit I had used to make myself a dress a long, long time ago. Everything went perfectly well with this one, apart from the fact that the collar stretched out a lot as I added the binding. Buahhhh... It kinda ruined my top, but maybe I'll get to fix it later. 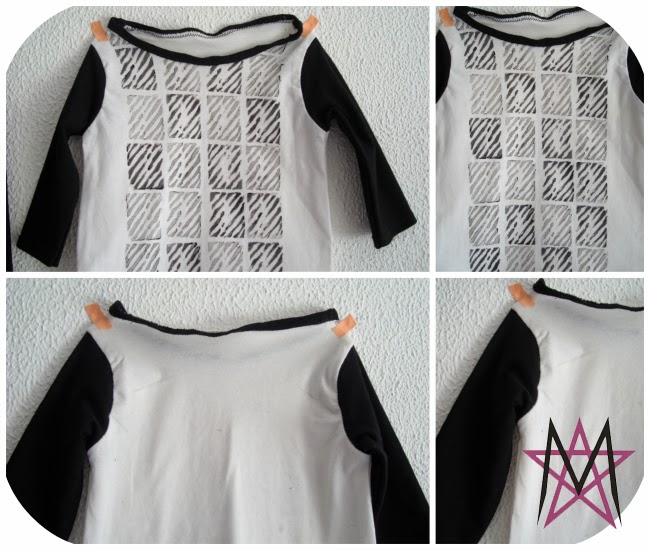 When it comes to the pants, I used the 6-9 M size, and since I had a little bit of the self-printed fabric left, I had to use it in the back panel. Doesn't it look cute? Can't wait to see a diaper bum in it. This is such a quick and easy sew, and so satisfying. The rib knit is still from the same leftovers I have used in the Panda hoodie. 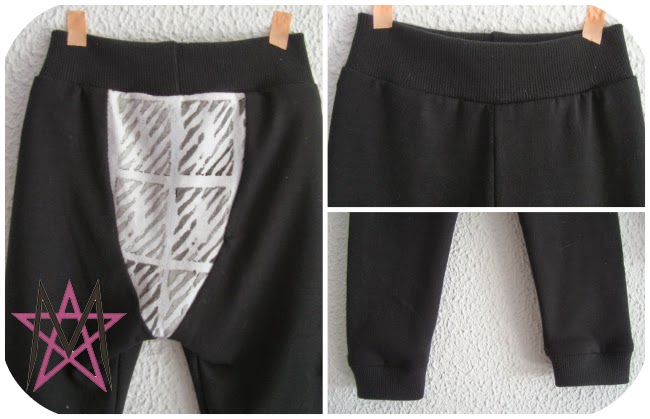 And that's it! Two more items crossed from my list. Let some more come.