Today I am bringing home the guest post I did for CratingCon a few days ago.Just in time to link it to Project Run and Play week two... enjoy...

Hello CraftingCon fans. My name's Magda E. and I blog over House of Estrela, about my sewing projects. For over two years I've been sewing from my already existing fabric stash and refashioning. Yes, you can say I am cheap, but it has been a great challenge to sew according to many themes, using, only supplies I already have. It has improved my creativity. And for today's post it hasn't been an exception... and I started with this: 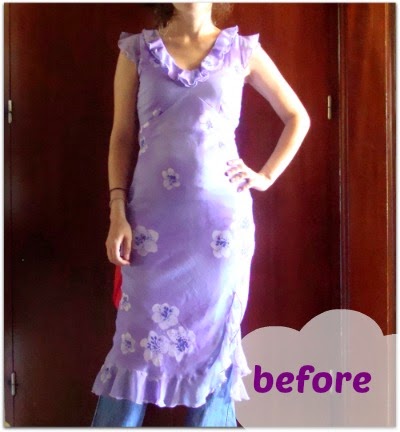 This is a dress my sister wore for a few years, when she was done with it, it came to my refashion pile. It was perfect for what I needed. 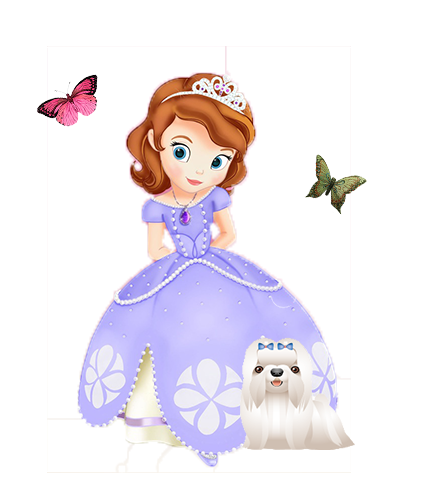 The idea of creating a princess inspired outfit, that my daughter could use on a daily basis was in my mind for a while. When the chance to do a post for Crafting Con came up, I couldn't be happier that I could finally do it. First I thought about doing cinderella, because I love blue, but then I did Princess Sophia, which is my daughter's favourite. Did you know she was inspired/based on queen Sophia from Spain? It would make sense for me to do her, since I am half spanish myself. 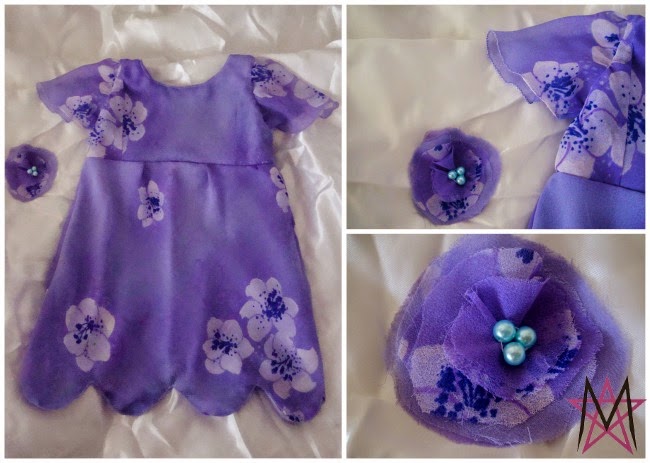 I didn't want it to be too princessy, as I said before, I wanted it to be used on a daily basis. So when I looked at Sophia's there were three things I had in mind to reproduce... sort of... And they were the colour, the scalloped hem and the pearls. These were the three things I wanted to add to my dress. It was my first scalloped hem and I didn't follow any pattern or tutorial. It's not perfect, but works. I used the pearls in the hairclip flower and in the button in the back.

I used RaeAnna's Bumblebee dress pattern for the bodice. I have used it over and over because I know it fits my girl in a lovely way. I even used it for a Snow White costume. But I did a few changes and adjustments to the pattern. Especially in the sleeves and back piece, which I cut on the fold as one and then sewed up an opening so it could fit through my daughter's head. 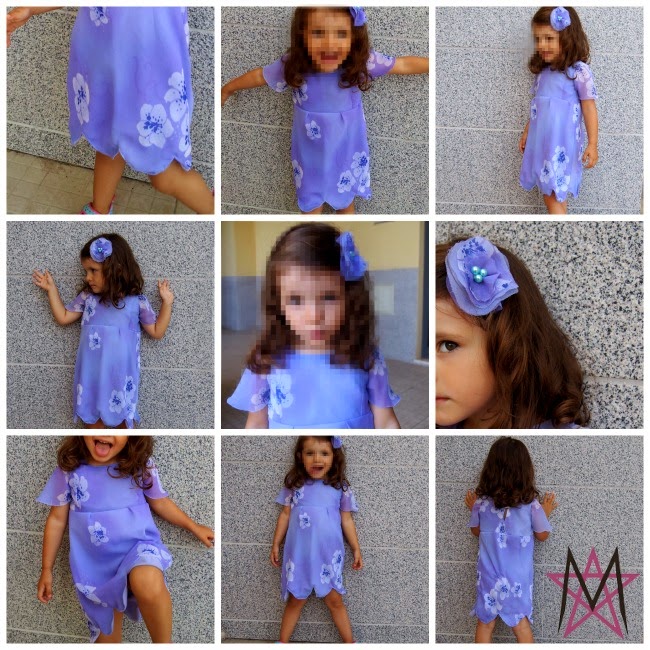 The flowers printed in this dress reminded me of Sophia's skirt flowers too, which was a bonus I wasn't counting on. The little miss liked her new dress, she said she felt pretty with it and wanted two of the hairclips. Then she had a fun photoshoot with her daddy, which is great. I hope you all enjoyed it too.

Thanks so much for having me.
at September 24, 2014
Email ThisBlogThis!Share to TwitterShare to FacebookShare to Pinterest
Labels: CraftingCon, Dress, Girl, Hair Clips, Project Run and Play, Refashioning, Sew Along