Week One of THE SEW OFF < Dreaming of Spring Outfit >

Edited: This post was first meant for The Sew Off competition. Still, when I started refashioning this pants, I had The Sew-vivor sew along in mind, which theme was buttons. In the meanwhile I was informed I was competing for The Sew Off and immediately started thinking about making a full outfit for my entry on the kid's clothing theme.
For the Project Run & Play sew along, I was hoping to make my niece a dress, with some flower details. I didn't know I would end up so short on time, and since I don't usually do much details, this outfit is pretty much the general detailed look I usually sew. 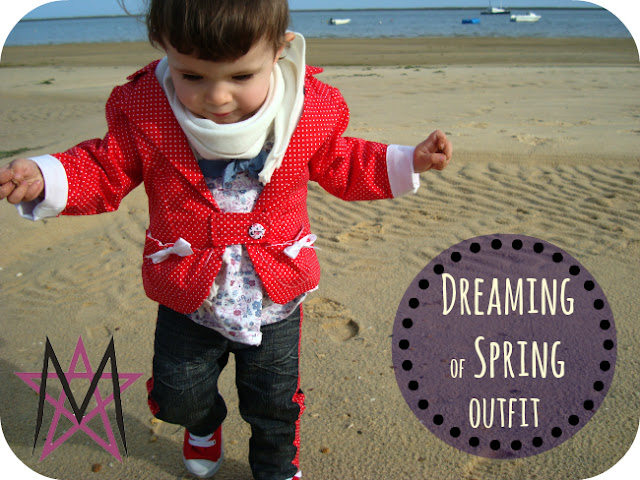 I wasn't really expecting to hit one of the twelve. I was planning to sew along anyway, so as soon as I knew what the themes were, I started working on my kid's project. Spring just got in a few days ago, so I made a spring inspired outfit.


It is composed by three pieces: a blazer jacket, a top and a pair of denim pants. 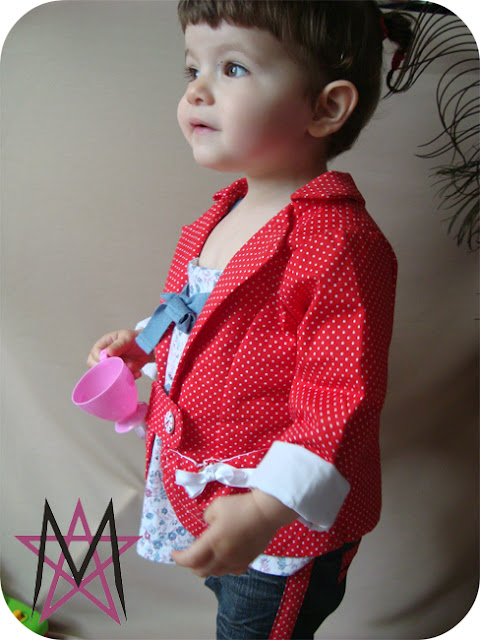 I love this picture! Can you notice her mini braid? ha ha

too bad it was cold when we tried our first photoshoot, and she was wearing a long sleeved shirt under the top and a scarf... besides she was on a shell hunting, not very cooperative, but then again, when is she?!

The blazer is made out of polka dot cotton fabric and lined in white. I created the pattern for all the pieces, and for the blazer’s collar I have – on purpose – made it wide. It is a Spring blazer and it looks fresher this way. I added a single button (same as I used in the pants) and placket, and fluffy pockets with a ribbon on each. I made it a little bigger than G. is wearing now because kids grow fast at this age, and I'd like it to last a little longer - as I usually do with all her clothes lately. 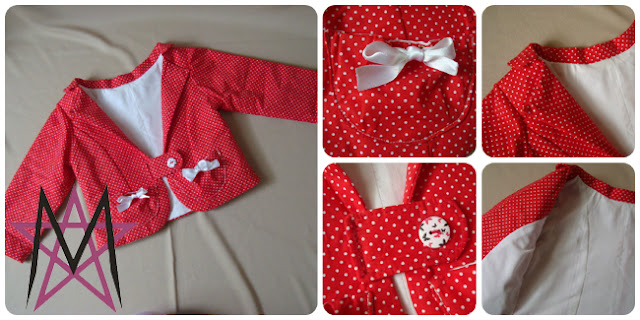 The top is made with knit fabric, with a ribbon detail on the front (same pattern I used here) and a central pleat. The fabric I used came from an existing woman's top that I deconstructed and turned into the new toddler top. Refashioning is my thing for sure. My G. calls it a dress - don't ask me why. I've told her it is a top not a dress, but she doesn't care.

The pants are made of denim, which came from daddy's old jeans. I used red thread in all seams for contrast. On the sides of the pants, I sewed strips matching the blazer, or better, I made the blazer matching these, because the pants where my starting point for this project. On the back, I added placket pockets, large enough for her to stuff her favourite toys; and for the front I made a sort of sailor inspired button closure. I had done that before, so if you're interested there's a tutorial here. Another thing about this pants is that I added an adjustable elastic on the waist band for good fit. It was the first time I did so, and I guess I always will from now on. 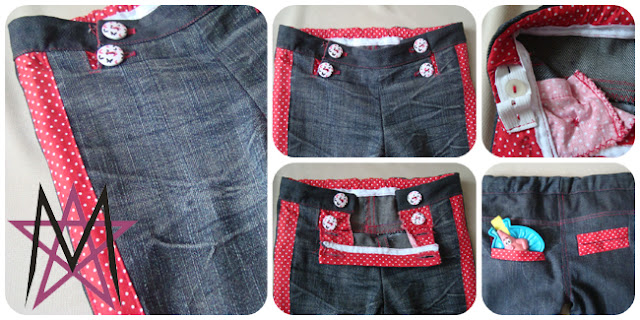 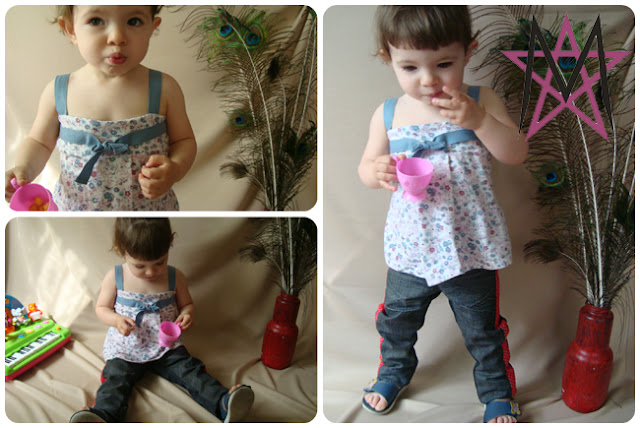 I love that fancy blazer, but I must confess that the pants are a favourite in our home. Even for G. She's a pants girl. I swear, this little lady has cried over me trying to put her a skirt on. She didn't want to, she said. Even dad is in love with the pants. So I guess, even if I don't make it to the second week, it is a win for us. 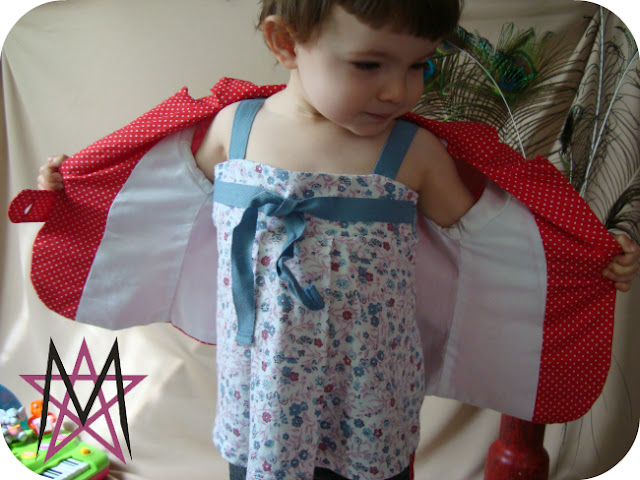 Now, if you think I am worth it, go there and vote for me. If it happens that you think somebody else's deserves your vote better than I do, go ahead, I won't beat you up...he he he, Now seriously, go there and VOTE
at April 05, 2013
Email ThisBlogThis!Share to TwitterShare to FacebookShare to Pinterest
Labels: Blazer, Contests, Girl, Jackets, Pants, Project Run and Play, Sew-vivor, The Sew Off, Toddler, Top