The rest of my handmade gifts from this year

Due to my sickness, it wasn't easy for me to sit and sew more often. I had plans to do a few more gifts than I did, and better ones too, so I was happy that at least I did manage to make a few things in the past two weeks. I've already shown you a few of the handmades I made for Christmas, if you missed them, there's a link at the bottom for those posts.
Today, I am sharing all of the other gifts I made too.

For my daughter's carers I wanted to make something simple that would be useful for the three of them. I made kleenex purse pouches. It's been soooooooooo long since the last one. Like three years ago I made a bunch of them to sell! 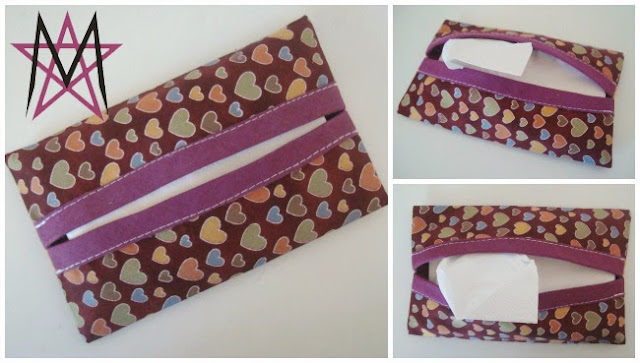 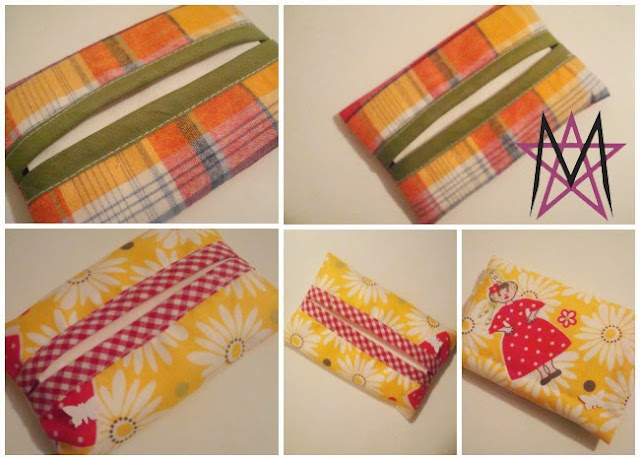 For a good friend, I had a fabric basket in hand. She's a great knitter and I wanted to make her a gift that would also be useful for her. I had in mind a basket with pockets for different things: scissors, needles, yarn, etc... my time ran short though, the sickness was too much and when I realised it was too late to make the basket - I actually wanted to make two: one for her and one for my mom. So, I didn't make the basket but I did something sorta similar, a roll, with slim pockets for the needles and two bigger ones for her to save any ongoing project or whatever she needs to save there. It rolls up and ties with a ribbon, if she needs to carry it anywhere. 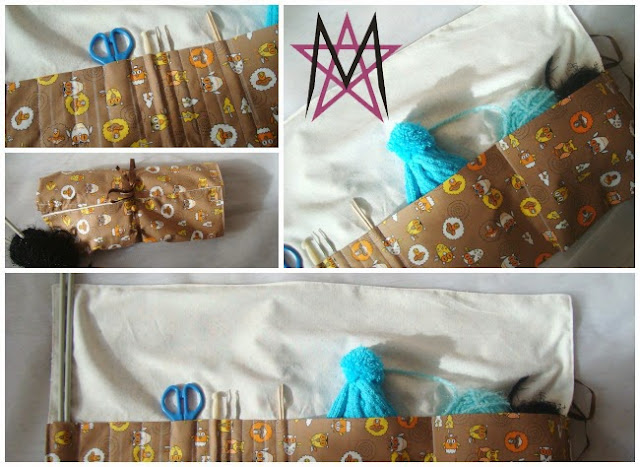 And the last minute gifts of the year were these two little ladies. They are the 12th and 13th dolls of a collection I have created exactly 3 years ago. Back then, I was wondering what to make for my bosses' daughters. They had pretty much everything... I made them two dolls, and I called them The Hearties. I designed them to have a heart shaped head and they are functional. Those first two dolls were suppoused to be used as a hairclip holder (in their long legs), when I made the next dolls I made a few changes and now they have clips in their hands, so elastics can be organised in the dolls too. I didn't make a Heartie doll for a longggggggggg time, so I was really pleased to see two more on daylight. again, they were made for two sisters, that's why they look so much alike. I always name my dolls after the girl's name - their future owners. You can check pictures of all the dolls HERE. 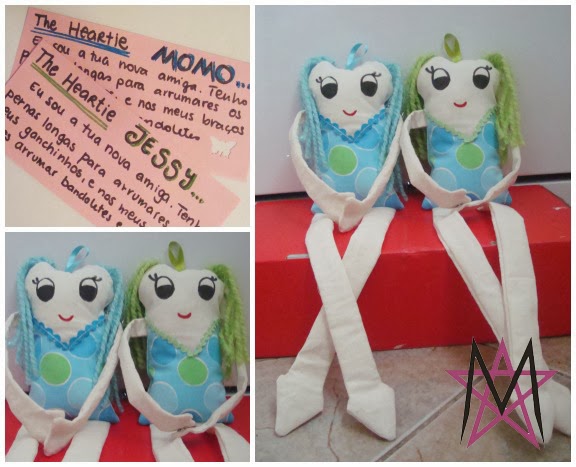