Glimpse of Our Last Week #8

Yes, it comes a little late this week, but there is a reason. My daughter accidentaly dropped my laptop on the floor and the monitor broke. We do have an old computer in our house that I could use, but it's so slow and it's place isn't the best to sit with an eye on the kids, so I just haven't been online that often. Only quickly checked some e-mails and comments. 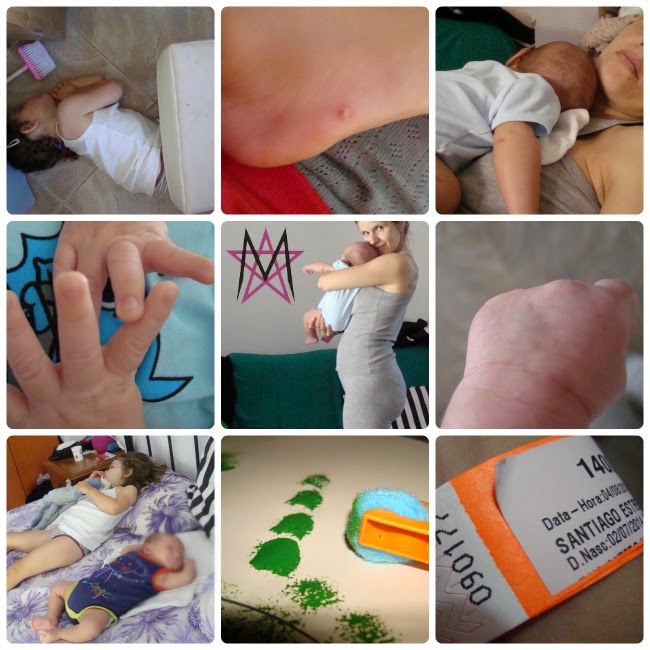 Anyway... this wasn't an easy week. G. is on holidays and although she spent the first days of the week away, then I had to deal with both kids at home on my own 24/7 and I just felt too tired. We started the week with S. going to the urgency room because he had some fever and they had him checked right away. They took his blood to check too but everything came back normal, we don't know what caused the fever. Sleep has been a rare thing here, so I often just lay down with him on top, that's one of the few ways he stops crying 8did I mention he cries a lot?). One of these days, as always, G. refused to nap, and then while playing, she just felt asleep on the floor. Shoes from yesterday hurt her foot, she cried and screamed like someone was killing her. The only creative thing I was able to do last week, was painting with G.... more about that in a next post.
at August 11, 2014
Email ThisBlogThis!Share to TwitterShare to FacebookShare to Pinterest
Labels: About us